When you left our intrepid travlers, we had just left Costa Rica on our way to the Panama Canal.  We had another formal night, which gave me a chance to wear one of my beaded shawls: 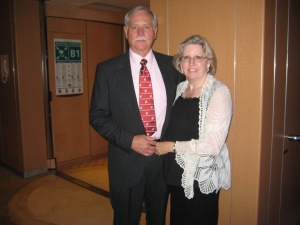 The Panama Canal was really the highlight of the trip – definitely a "bucket list" kind of thing.  To truly appreciate it, you have to know the history.  It was a massive undertaking and it was amazing that it was ever built in the first place with the technology that was in place at the time.  And it was built at a great cost in lives – thousands due to the harsh conditions and disease.

Our ship was one of the largest that can currently go through the canal.  There is a new canal being built that will accommodate ships twice as large!  As we approached the first set of locks, we could see massive cargo ships ahead of us: 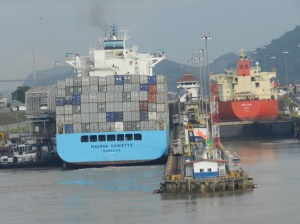 Not sure I'd want their job.  Here you can see looking down from the ship how little clearance there is.  We could have reached out and touched the side of the locks!

That's also a good view of the "mules".  More pictures of the locks: 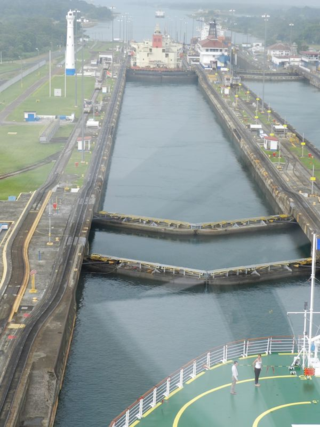 Once again, Typepad is not playing nice and is rotating my photos.  (Edited – hooray!  figured out how to fix it).  I should mention how terribly humid it was here!  When I first went out to take photos, my camera lenses (including the interior ones) fogged up so badly the camera was useless.  I had to go inside, defog and then put my camera in a ziploc bag with all the air pressed out.  Then I had to go back outside and wait about 10 minutes for the camera to acclimate to the humidity and then I was ok.  From Panama it was on to Cartagena, Columbia.  Some of the passengers on the ship didn't get off there because they were afraid.  I admit to being just a little apprehensive myself, but the city was completely safe – well, maybe except for the traffic.  We just closed our eyes and trusted our driver!

We had a wonderful guide – Dora the Explorer herself!

Cartagena was beautiful – lots of churches with beautiful courtyards and flowers cascading down wrought iron balconies.

Lots of interersting art.  I was hoping not to look like this lady after all the good food on the boat! 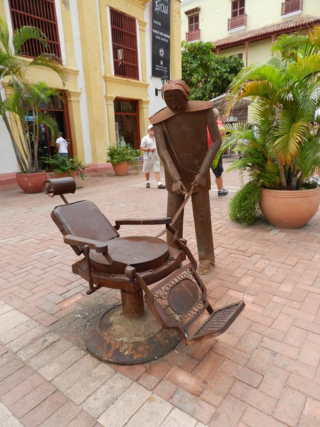 And I made a new best friend: 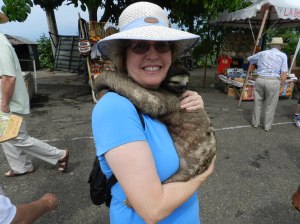 We were on Celebrity Cruises and I can't say enough for the customer service.  Our room was spacious (as far as onboard rooms can be), the bed extremely comfortable, the staff extraordinarily kind and responsive and the food – oh the food!  We did pretty well – Bill only gained one pound and I didn't gain any.  We did do a lot of walking and tried to restrain ourselves!

I have to admit it was a little difficult to come back home and not be spoiled every day!  Would I do it again?  In a heartbeat!  However, the next cruise will have to wait a bit while we work on some home improvement projects.  We wanted to do the kitchen first, but decided to start small with the bathroom as a trial project.  I guess it's got to be worse before it gets better! 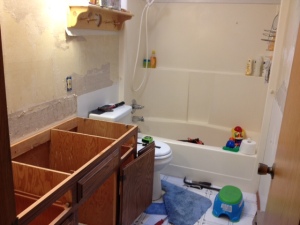 In other news – you may remember that months ago I posted a review of KnitCompanion for the iPad.  Well, I love it so much that I have become a KnitCompanion instructor!  I've already taught one class and it was very well received.  My next class is scheduled for Sunday, November 11 at Wild Fibers in Mt. Vernon, WA.  So if you're in the area and interested, give Sarah a call.  There are still openings in the class.  Between that, the bathroom remodel and gearing up for the holidays, I can't promise to post regularly, but I'll certainly try.