Once again I seem to be remiss in keeping up with the blog. I guess I could throw out the excuse of not having enough time, but in reality I've been using my time for other pursuits.

One of those pursuits was what is becoming an annual event – Snow Camp. Last year we had very little snow and this year we were afraid that would be the case again. Driving up it rained the entire way, even up in the pass where you would expect it to be snow. But we were pleasantly surprised to find Tall Timber had plenty of lovely snow! 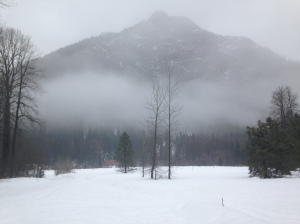 The girls wasted no time in joining the other kids for a no-holds-barred snowball fight. These photos were taken by my friend Bethy. I don't believe she escaped unscathed. 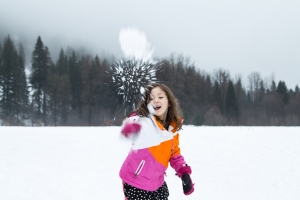 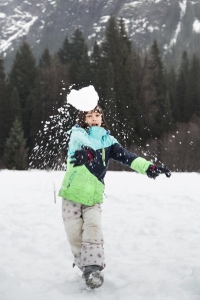 She had also requested that Mei-Mei bring her Elsa dress for some real "Frozen" pictures. Mei-Mei was a trooper and allowed herself to be carried and plopped down in the middle of a snowy meadow for some truly magical photos. 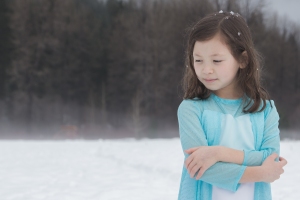 One of these I turned into a scrapbook page. 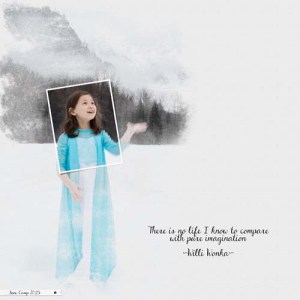 Two years ago Bethy also took some stunning photos of the girls at Snow Camp and this one I used for a challenge – which I won! I think Bethy and I make a good team.

On the needlework front I've been doing a lot of quilting. My priority right now in hand quilting is Abby's quilt. The center and inner borders are done and I've started quilting on the outer borders. I'm hoping to have this done in time for our quilting guild's show in July.

My Jingle All the Way quilt is also coming along, with all of the small applique and pieced blocks done. The only thing left is the embroidery and a few small applique pieces on the large center block and it will be ready to start putting it together.

I still sometimes feel as if I'm going at a turtle's place when others in my guild are showing a new quilt every month. But I know the decision of going slower and concentrating on the hand work is the right one for me. I am enjoying the process and I know when I do finish a project, it will be one that reflects my own personality and vision. I have already picked out my next project, and it is a doozy!

This is "Friends of Baltimore" by Sue Garman. I was inspired by Kerry of Simple Bird Applique. She pointed out that none of the applique is exceedingly difficult – there is just a lot of it! I have bought the pattern for the first block and the background fabric and will begin as soon as I have pieced together my Jingle quilt. Stay tuned!

You may also notice that I have changed the blog's theme to a spring motif. With apologies to the rest of the country, we are experiencing an extremely early spring. All of the spring trees and flowers are in bloom and the tulips over on the mainland are blooming almost a month early. Let's just hope it doesn't kick us in the pants with a late frigid air mass and snow!

2 thoughts on “Trying to Keep Up”